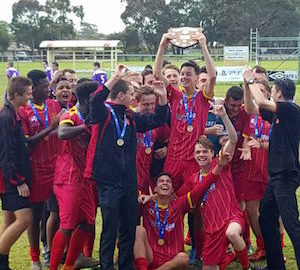 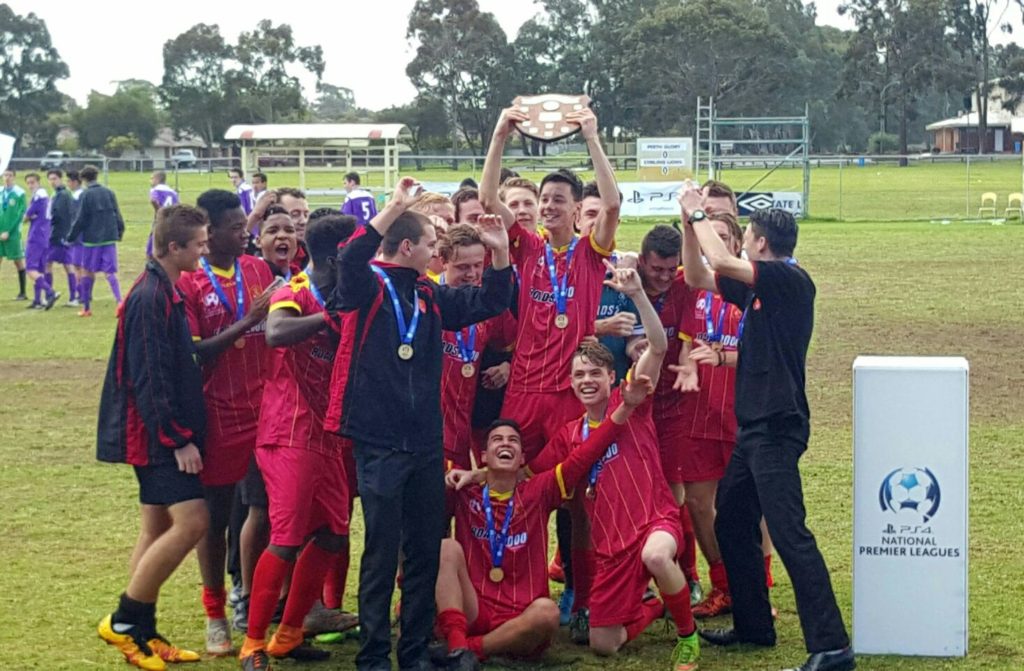 The U18’s wrapped up the league title with a 3 – 1 win over Perth Glory at Ashfield Arena on the final weekend of the league rounds.

The Stirling side went into the final game with a 3 point lead over Glory but an inferior goal difference meant that a loss would have resulted in Glory taking the title on goal difference. Stirling started the game strongly and created a few scoring opportunities early on before the first goal was chalked up following a corner. Mason Langham squared a ball that had gone beyond the far post back across the six yard box to Denzel Tshuma who neatly finished. 1-0 to Stirling. About 10 minutes later, Stirling was 2-0 up after a through ball found Bleron Mamudi who brushed aside the Glory defender and crossed the ball to Ben Campbell who made no mistake from close range. Glory almost got a goal back a short time later but goalkeeper Callum Atkins pulled off a fine save from close range.

The third Stirling Goal came just before the half hour mark – Bleron Mamudi half volleying a cross into the corner of the net following some good work down the left side by Ollie Watson and Joey Perkins.

Coach, Keegan Ashley asked his team before the game to come out firing and push for goals – he must have been pleased to go into the break with a 3 – 0 buffer.

The second half saw Perth Glory pressing hard to cut the deficit. Given they had to score at least 4 goals, it wasn’t unexpected. Glory created a few chances but on the whole the Stirling boys repelled most of the attacks. A red card handed to Adrian Koios for a tackle with about 20 minutes remaining gave the Glory some hope and they managed to pull a goal back a short time later but Stirling held further attacks at bay until the referee blew the final whistle and the celebrations began.

After the match, Coach Ashley congratulated his side for executing the game plan and following through on the pre-season plan to win the title. “I had absolute faith from the outset in this group to win this title. Of course we had games where we were sub-par and didn’t perform to our potential but winning a league is also about being able to pick yourself up after a set back and deliver the goods the following week. This side has done that and also played some wonderful football along the way and it’s a credit to them. They have now reaped the rewards they deserve for all the hard work put in – including it must be said the pre-season fitness work I put them through. Hopefully they’ll thank me now for that pain I made them endure” said Ashley. 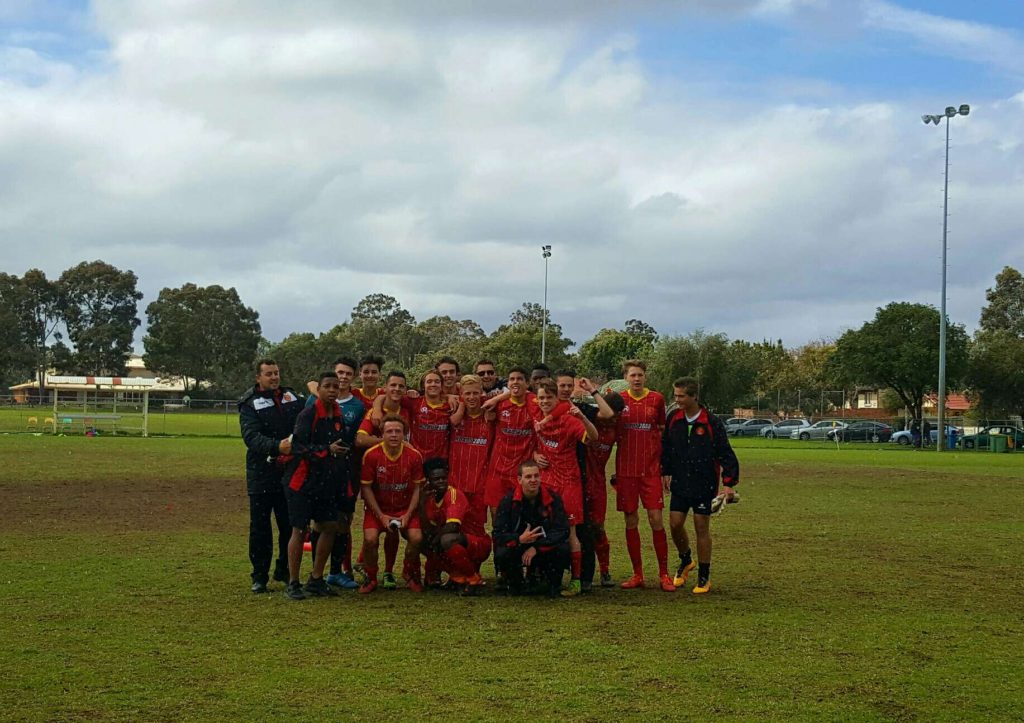