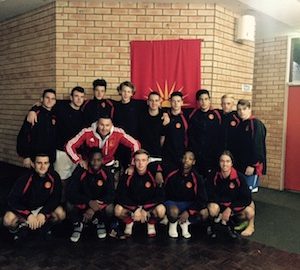 Stirling Lions 18s will enter the final round of the season on top of the National Premier Leagues ladder by 3 points following Saturdays physical encounter with a 2-1defeat of Armadale at Macedonia Park.

Armadale through everything at Stirling in order to keep there top 4 hopes alive. Armadale struck first in a goal mouth frenzy however shortly after Sam Dweh put Stirling on level terms and shortly after Daniel Stone fired Stirling into the lead midway through the first half . Stirling should have made it a bigger margin but were slightly inaccurate in the front of goal.

Speaking post-game, coach Keegan Ashley had nothing but praise for his players who rose to the occasion with a workman like , determined performance . “We have lost our regular two strikers in Ben Campbell and Bleron Mamuidi for the last 5 weeks . They’ve been playing with the first team , which is a wonderful opportunity for them both. That has made it a little more difficult but the boys have dug deep and worked there socks off and justifiably got there rewards ,” he said. “Players have stepped up and We’ve also bled some of the 16s boys and young Sam Dweh has come on in leaps and bounds and has really slotted into the team nicely .”

“The guys have given everything all year and we are developing players with a winning attitude . It’s a real plus for the club moving forward and we believe the future looks bright . It’s a tough league and as a team we really need to stay focused going into the last game. We face a strong Perth Glory outfit but as a team I have every bit of faith that the boys will give there all and stick to our game plan in order to get the win.”

Stirling lions 18s can secure the clubs first league league title at senior level since the NPL was introduced two years ago. Coach Keegan Ashley commented ” We’ve put a lot of hard work into the season as coaches and players . It would be a major achievement and a great reward thats for sure . Not only would winning the league send out a message to players aspiring to win things that Stirling is the place to be , but we have also been able to provide opportunities to the young lads to play first team football. The club will give players a chance and I’m certainly here to help make that happen. 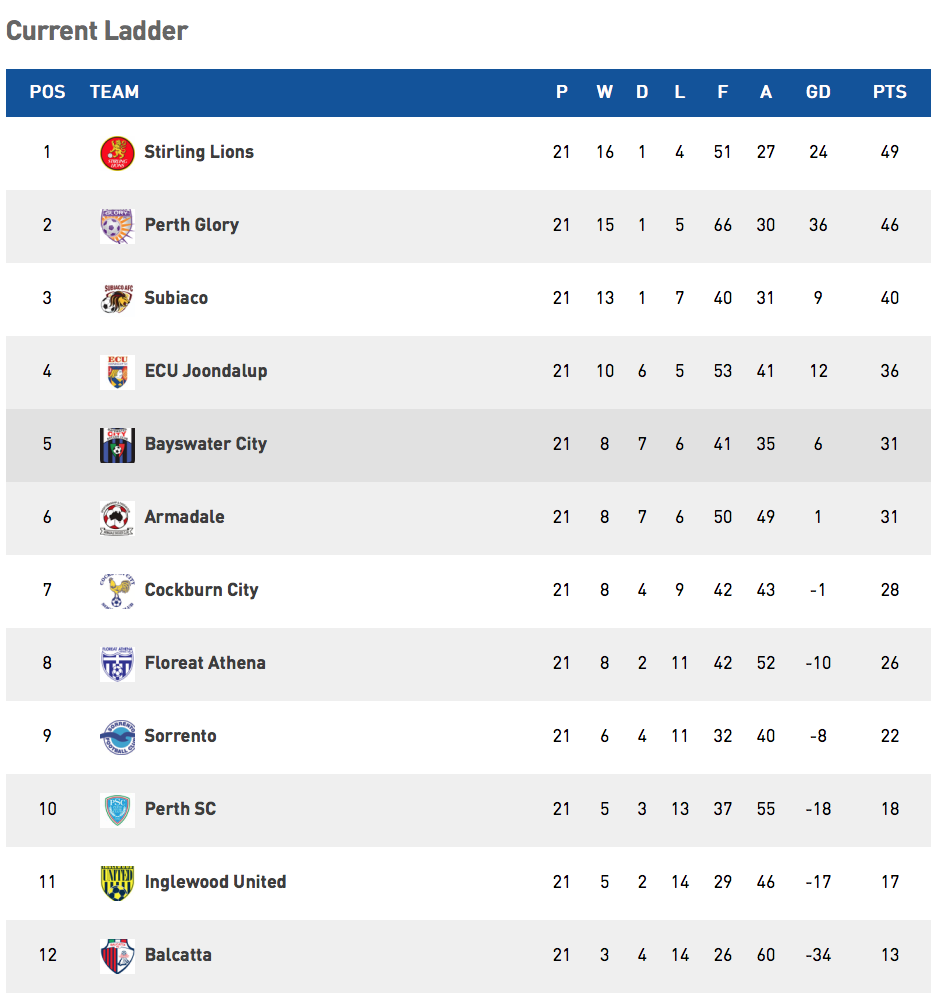