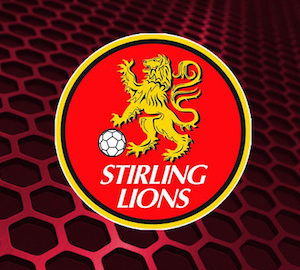 Brazilian hotshot Gustavo Catarcione nabbed his third goal in two games to give the champions the points at Macedonia Park on Sunday.

His 65th minute near-post header from an Andreas Theodosiades cross proved the difference between the sides and saw him continue his impressive start to the season.

“I want to do better than I did last season, but all that matters is the three points.”

In the rearranged match, postponed due to Saturday’s searing temperatures, it was Perth who kept their cool early on with Niccolo Sabatini capitalising on some indecision in the Stirling rear-guard to collect the ball and drill a fine left-footed effort into the net.

However, Perth were having more joy in troubling the opposition defence and it was up to the home-side’s keeper John Perkins to keep them in it with two-point blank stops, first from Sabatini and then from winger Harley Orr.

On 42 minutes it was Stirling, though, that got the goal they craved when David Micevski exchanged a neat one-two with his brother Daniel and made no mistake with the finish.

Perth could have pushed ahead at the break but Tom King and Sabatini again wasted good opportunities to ensure the sides finished the half on even terms.

At the restart Stirling almost took the lead through Darren O’Riordan only for Perth keeper Francis Soale to brilliantly claw his lob behind for a corner.

That was the wake-up call Perth needed and they turned the screw after Catarcione’s goal.

The striker could have grabbed a second goal moments later but his hesitation allowed Stirling to regroup and clear the danger.

Perkins was then at his best to beat Adrian Madaschi’s close-range header away to safety.

Deep into injury-time Stirling sub Jason Rubidge’s curling effort was brilliantly saved by Soale as Perth held out and Stirling slumped to their second consecutive loss.

Stirling coach Rob Milevski was disappointed particularly with his side’s response in the ten minutes after the second goal.

“It’s not a good way to start the season, the boys are a little bit upset,” he said.

“We just have to get there early on Tuesday, address a few things, work hard and prepare for another tough game against ECU.”