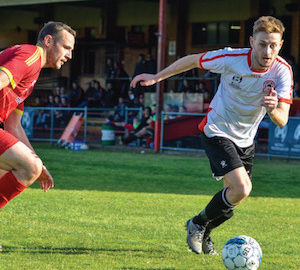 Armadale took advantage of their recent run of form to triumph 2-1 over Stirling Lions at Macedonia Park on Saturday.

The 2-1 victory ensures that Armadale are safe from possible relegation, moving four points clear of Subiaco with one game to go.

Armadale has now won four of their last six games – a fantastic achievement considering the team only took two wins from the first 15 rounds of the season.

On the other hand, Stirling’s loss means they are no longer in contention for a top four spot, now four points behind their closest competition.

The home team has suffered a terrible run of form in recent weeks, this latest loss meaning they have gone without a win in six games.

Armadale coach Paul Price was jubilant with what the win meant for the club’s season but considered it just a reward for what the team had managed to produce across the entire season.

“There’s been a lot of pressure on the club – obviously no one wants to be relegated but I think we’ve done it in style today, we deserved the win,” he said.

“We’ve had players signed to other clubs, injuries … it’s been difficult, but we’ve got one of the best defensive records of the last 12 games. No one’s come away and said they’ve played a lot better than us all season.”

Stirling drew level in the opening minutes of the second half as a scrappy defence cover following a corner allowed Brodie Martin to walk the ball into the net.

While a drawn game looked on the cards as the minutes ticked by, a low-firing free kick by Ellis Healing sealed the win for Armadale in the 80th minute.

Price was particularly pleased with Healing’s goal, conceding it has been a frustrating year for the striker.

“He’s a very good player. He’s not scored this season from a free kick; I think he’s hit the post about 10 times, so it was nice to see that one going in,” Price said.

Stirling technical director Richard Changadzo dismissed any idea that his team would play out the season without their heads held high.

“You have to play 22 games of football in a season, and we’re always going to play to win – it’s a competition,” he said.

“Sometimes things don’t go your way on the pitch, and that’s just the game. Someone has to win, and someone has to lose.”

Stirling’s final game of the home and away season comes against Perth Glory, while Armadale will face Subiaco.